On to the concerts which everyone anticipates. Held at the Superdome the concerts consist of the main stage, and several smaller lounges spread out throughout the building with various artist performing. Since I'm lazy I stayed in the main stage area. Let's start with Friday Night, due to working on C.P. time I missed a good portion of Miguel's set. What I saw Miguel put on a great show and he deserved a little more stage time. Next up was uncle Snoop D-o-double G. He performed previous bangers such as "Nuthin’ but a ‘g’ thang", "who am I", "Beautiful", "Drop it like its it's hot", and "Next Episode". He then invited Fred Hammond and The Clark Sisters on stage and took the crowd to church.

The headliners for the night were The Roots with special guest’s. I like the Roots but I'm not sure they have enough star power to headline a event of this magnitude. Their special guest were Erykah Badu,Jill Scott, and Anthony Hamilton. Each performed their own set of songs and performed well but the whole headlining act seemed flat. Kirk Franklin made a surprise performance at the end of the night performing “I am here" and another song which slips my mind, before sending everyone home two stepping to “Stomp".

Saturday night things got better. Again due to my C.P. time and traffic I missed Xscape performing, managed to catch a song and a half. Next up was Queen Latifah after a fire intro video she came out performing several jazz melodies and put the majority of the crowd to sleep. Queen Latifah actually has a nice singing voice but umm it wasn't working. Her set was saved by several special guest she bought in the later end of her set. Brandy, MC Lyte, and YoYo all came on stage for a rendition of “I wanna be down” remix. Next up was Remy Ma who bought mountains of energy for “All the way up”.

Queens next guest never disappoints with her energy during performances Missy Elliott. Performing hits such as “Get ur freak on”, “Work It”, “Pass That Dutch", and “Lose Control". The mantle was then passed to legends Salt N’ Pepa who bought high energy as well coming out the gate with early hits such as “mic sounds nice" and “I’ll take your man" following up with “Shoop", “whatta man", and “Push It". Queen returned to rap “Ladies First" with Monie Love, then ending her set with the classic still relevant and very important to this day “Unity".

Saturday night belonged to the Queen of Hip Hop Mary J. Blige. She gave her all her heartbreak and heartache to the crowd, gave the famous Mary dance, and much more. I enjoy Mary's music and this was my first time seeing her concert. She more than held her own on stage belting out songs like “everything”, “my life", “not gon cry", and “no more drama". Hitting them over the head with classic “Real love”, letting the audience know everything will be “just fine" and that we’re a family so let's celebrate a “family affair”. Mary J. Knows her audience and gives them her all.

Real love”, letting the audience know everything will be “just fine" and that we’re a family so let's celebrate a “family affair”. Mary J. Knows her audience and gives them her all.

Which leads us to my personal favorite Sunday Night. I made sure I was on time to see Teddy Riley and the new jack swing experience. The new jack swing era is one of my favorites in music, it paved the way for the r&b/hip hop fusion sound that is so prevalent today and is still underrated. Teddy Riley is surprisingly a good showman and has a stage presence. He bought out guest such as Hi-Five to perform “Like the way" and their rendition of Ella Mae “boo’d up". That part was a waste Hi-Five has several songs of their own they could have performed. They were followed by Kool Moe Dee. Next up was SWV who gave us “weak", “so into you", and “Right here". My complaint against them was they didn't perform “Anything" that is my shit, but cant win them all.

Next up was Tank performing a rendition of Bobby Browns “my prerogative” followed by Ginuwine performing “Remember the Time". Next up was Wreckx n effect “Shake your rump" and “New Jack Swing”, MC Lyte came aboard for “Rough Neck" followed by performing Queen Pens “A party ain't a party" to support Queen Pen during a health battle. Sadly at multiple points during this set, the performers were hindered by microphone issues to the point Teddy and Co. hijacked the show until it was fixed.

Blackstreet next came on stage with Dave Hollister belting out lead on “Don’t leave” and “Before I let you go". Partytime kicked in when the beat for “No Diggity" dropped and kept going from there. Guy reunited to “Groove Me", “Let’s Chill” “Goodbye Love", and of course “I like".

The originator Doug E. Fresh stopped by for a never gets old rendition of “The Show", some beatboxing only Doug E. Can do. And a little Doug E. freestyle to let the masses know who he is to “teach me how to dougie".

The last surprise of the New Jack set was an original new jack star Keith Sweat. Singing “Make It Last Forever" and “I want her" he had all the forty and over woman bout to let loose. The New Jack Swing Experience was a highlight for me and all those artist still got it.

Fantasia hit the stage next for "Without Me", “free yourself" and “when I see you". I honestly didn't know the other Fantasia songs, but this was my second time seeing her and she gives 110% at every performance. She sings, she dances or twerks whatever her heart desires at that time, engages the crowd, cracks jokes she does it all. Her set was kind of short and I wasn't sure if that was by design or time constraints. Either way she deserved more stage time

Sundays headliner the Icon, sister to my favorite artist MJ, Janet Jackson. Despite being in her early 50s Janet still moves flawlessly. Playing hits from Control to Velvet Rope and beyond. Janet let everyone know she still has it and don't sleep on her.

She performed “Scream" intercutting portions of the video with MJ and they had me on my feet the whole time. Ending the night with “Rhythm Nation" Janet reminded us that times have changed but haven't, and it’s up to the people to really change it.

Janet's act did not end until after midnight and several people left to either get ready for their flight in the morning or were just tired. While not anyone's fault it was kind of disrespectful to the show Janet was putting on to see so many people leaving at one time during her performance.

All in all it was a great weekend of celebrating the culture and music. I saw so many legends perform I wouldn't have seen perform otherwise. Looking for some good music and an experience check out Essence.

B.Easy is the co-host of Talkin' Suplexes. He's a self-professed geek loving movies, wrestling, comic books, and using his imagination. Goal in life is become to a world traveler and get paid to hop on lear jets. Follow him on Instagram @iam_beasy 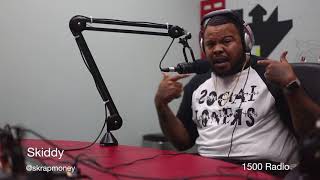 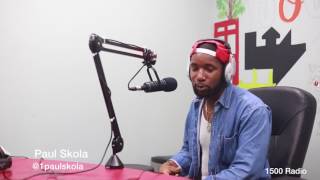 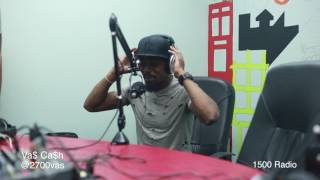 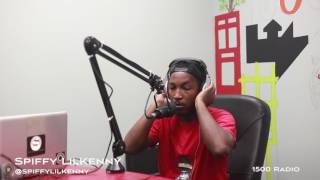 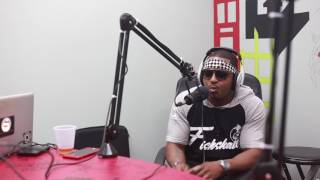